Our research group focuses on investigating the brainstem control of respiration and the molecular mechanisms that direct cerebellar development. 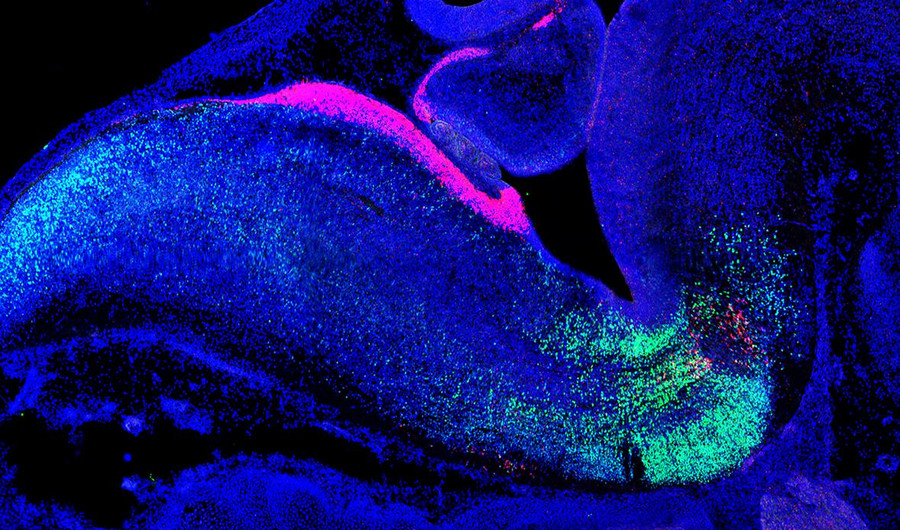 Breathing (or respiration) is an unconscious behavior regulated by neuronal circuits residing in the brainstem. The respiratory rhythm is generated by a small group of neurons known as the preBötzinger complex that are located in the ventral brainstem. These neurons depend on several other groups of brainstem cells that monitor tissue gas levels, such as the concentration of CO2. Respiratory disorders are common in humans and a leading cause of death and disability around the world. Congenital hypoventilation disorders, which frequently present with an inadequate response to increasing levels of CO2 are a great burden to the affected individuals and their families since the lifetime mechanical ventilatory assistance that  patients require is expensive and laborious.

Using modern mouse genetics, our team focuses on the discovery of novel elements of the neuronal circuit that maintains homeostatic breathing and regulates the monitoring of blood gases in our body. In addition, we investigate the interplay between breathing and other orofacial behaviors, such as vocalization.

The mature cerebellum controls motor skill precision and participates in other sophisticated brain functions that include learning, cognition and speech. Anatomically, it displays a stereotypic organization of glutamatergic (excitatory) and GABAergic (inhibitory) neurons. Both groups of cells emerge from dedicated progenitor niches that differentially express the transcription factors Ptf1a (for GABAergic cells) and Atoh1 (for glutamatergic cells). Different subtypes of GABAergic and glutamatergic neurons emerge from Ptf1a+ and Atoh1+ progenitor cells, respectively.

By combining chromatin-immunoprecipitation, deep sequencing and transcriptional profiling, our group investigates the molecular control that allows for the specification of the distinct derivatives emanating from Ptf1a+ and Atoh1+ progenitor cells.