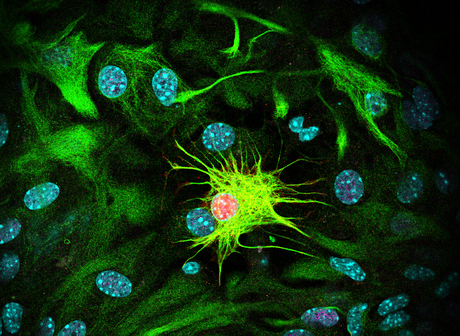 The Research Group of Prof. Dr. Dr. Deisz works towards a better understanding of:

of the mammalian neocortex.

The research group works towards a better understanding of the mammalian neocortex. Among the various facettes of cortical function, we are interested in short-term and long-term plasticity and the mechanisms of neuronal synchronization, rhythm generation and hyperexcitability.

In the area of cortical hyperexcitability, we are particularly interested in the cellular and molecular mechanisms underlying human epilepsy. To this end, we investigate samples of human cortical tissue resected from patients to cure intractable epilepsy. The inevitable lack of adequate human control tissues is circumvented by analysing crucial parameters in the cortex of healthy rats and rodent models of epilepsy (genetically epilepsy-prone rats (WAG-Rij), 0-magnesium model, pilocarpine-treated rats). The cortical tissues of the various sources are are cut into slices, stored and investigated with identical methods. We use fairly standard techniques, including extracellular and intracellular recordings with sharp microelectrodes.

Additionally, patch-clamp recordings in combination with infrared videomicroscopy are used to collect data from morphologically identified neurons in slices. Local stimulation is used to elicit synaptic responses mediated by the excitatory and inhibitory neurotransmitters glutamate and GABA, respectively. Such recordings provide valuable data concerning the role of intrinsic and synaptic processes in hyperexcitability. In the long run, we may be able to contribute to the improvem.

More research topics
Get to know the Institute